Polyimide (usually abbreviated to PI) is a polymer of imide monomers. It is initially researched for the purpose of meeting the urgent needs of heat-resistant, high-impact and light-weight materials used in aerospace industry. PI composites increase the use temperature of polymeric structural material by more than 100℃. PI, at the top of the material pyramid, is one of the organic polymers with the best comprehensive performance.

PI has high heat resistance of 400°C or above with long-term use temperature range -200 ~ 300°C, no obvious melting point, high insulation performance, dielectric constant 4.0 at 1000Hz, dielectric loss 0.004 ~ 0.007, insulation grade F to H. Its coefficient of thermal expansion (CTE), very similar to that of metals, allows it to cover the surface of metal sheets. Good mechanical properties ensure that it can be used in harsh work environment. PI is also resistant to flame combustion and does not usually need to be mixed with flame retardants. So many excellent properties contribute to the irreplaceable role of products based on it in various fields.

Among all the applications of polyimide, PI film, the first to enter the commercial circulation, has the largest market demand. As the world's best film-type insulating material, it is widely used in aerospace, high-speed rail, microelectronics, 5G communications, atomic energy, electrical insulation, membrane separation technology etc. Technological barrier, coupled with excellent properties makes for its indispensable basic material for many industrial manufacturing and is also referred to as "golden film". 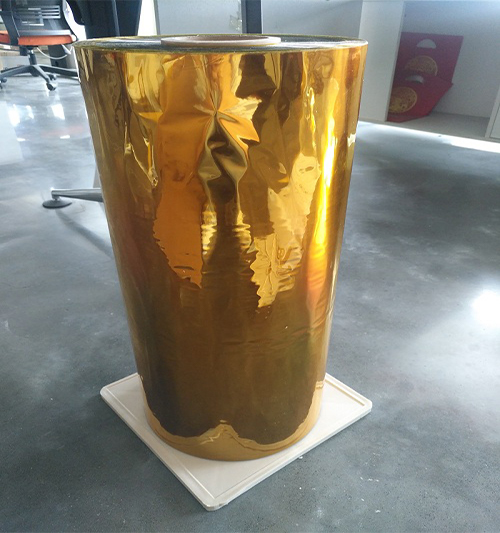 PI film is widely used in the manufacture of power transmission and distribution equipment, high-speed traction motors and high-voltage transformers etc. High-performance PI film can also be used as insulation for high-power electric locomotives, alternators, and various precision motors, which are products with high technical difficulty and high added value.

FCCL is the main material for flexible printed circuits (abbreviated to FPC) widely used in electronic industry and automotive industry. In this field, PI film is mainly used as insulating base film as well as cover film. Since FCCL requires flexibility of its base and cover film, insulation properties, high heat resistance and mechanical strength, PI film is the best choice for FCCL manufacturing.

PI film coated with perfluorinated ethylene propylene emulsion can be made into adhesive tape which is wrapped around the bare copper wire, and then after some processing steps like high-temperature firing, cooling and compression, it can be used to produce wrapped electromagnetic wire with excellent moisture-proof performance, electrical property, and shearing resistance. Since the thickness of the inter-turn insulation is about 1/3 thinner than that of the traditional double-wire enameled wire, it can drastically reduce the size of the motor and improve its reliability.

With the rapid development of technology, consumer electronics are continuously seeking the trend of diverse demands like multi-core processing, high frequency, large screen, high resolution, built-in near field communication(NFC)and wireless charging etc. However, the internal heating problem of electronics is increasingly serious as the space is getting smaller. The traditional cooling system made of copper & aluminum mixed with silicone is difficult to meet the needs of new equipment. A new thermal conductivity graphite film based on PI came into being. Graphite has better thermal conductivity than that of metal, therefore it becomes the best thermal conductivity material for miniature electronics. 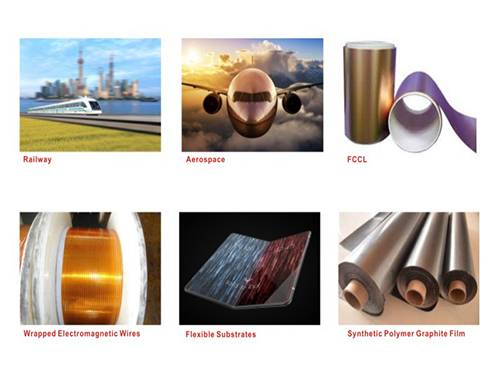 As the high-tech industries develop, the share of PI film industry in the national economy will continue to rise. According to the New Materials Development Report of the National New Materials Industry Development Strategy Advisory Committee, the global market size of PI film is expected to hit 2.45 billion USD in 2022. This shows that the future PI film market demand is vast. PI film will gradually become a "sunrise industry" in economic development. 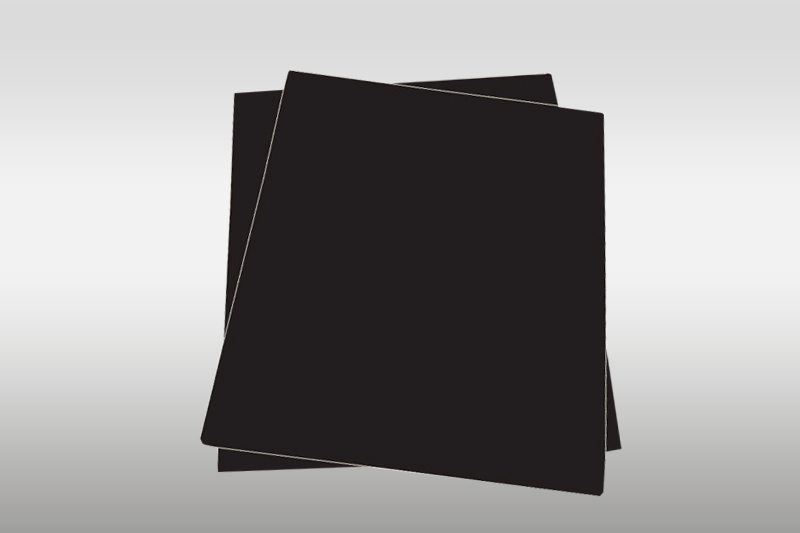 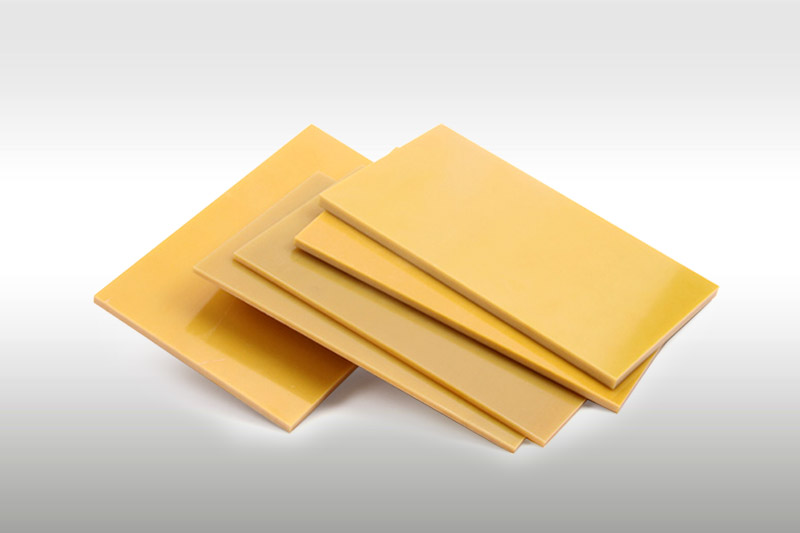 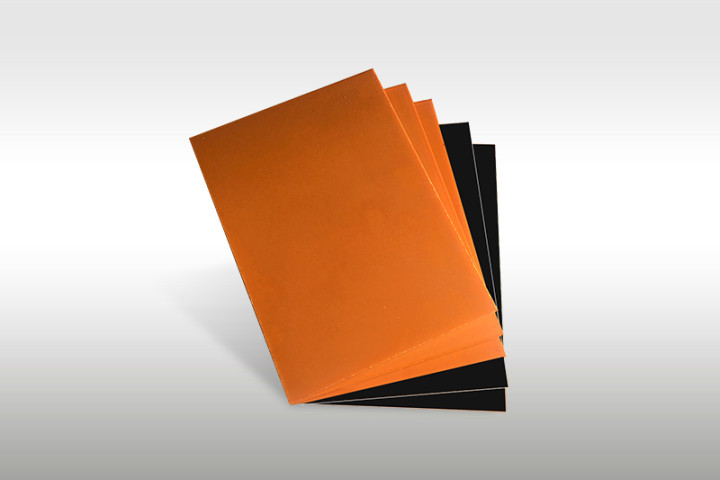 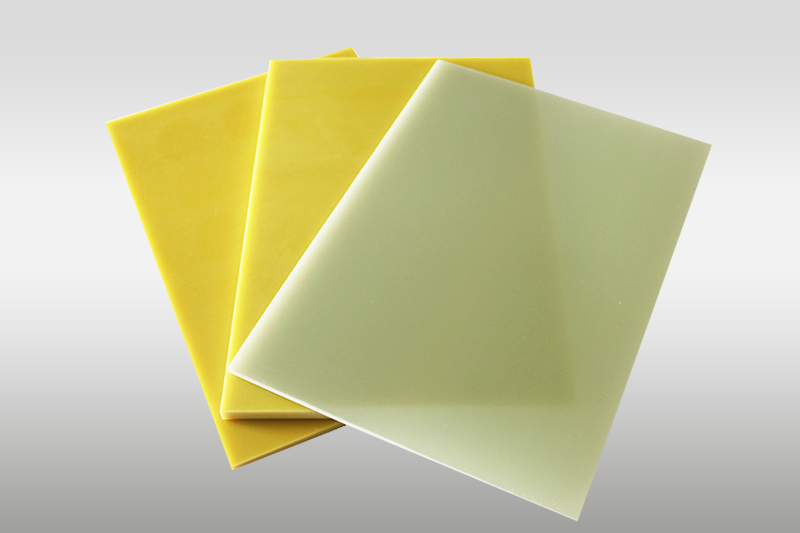